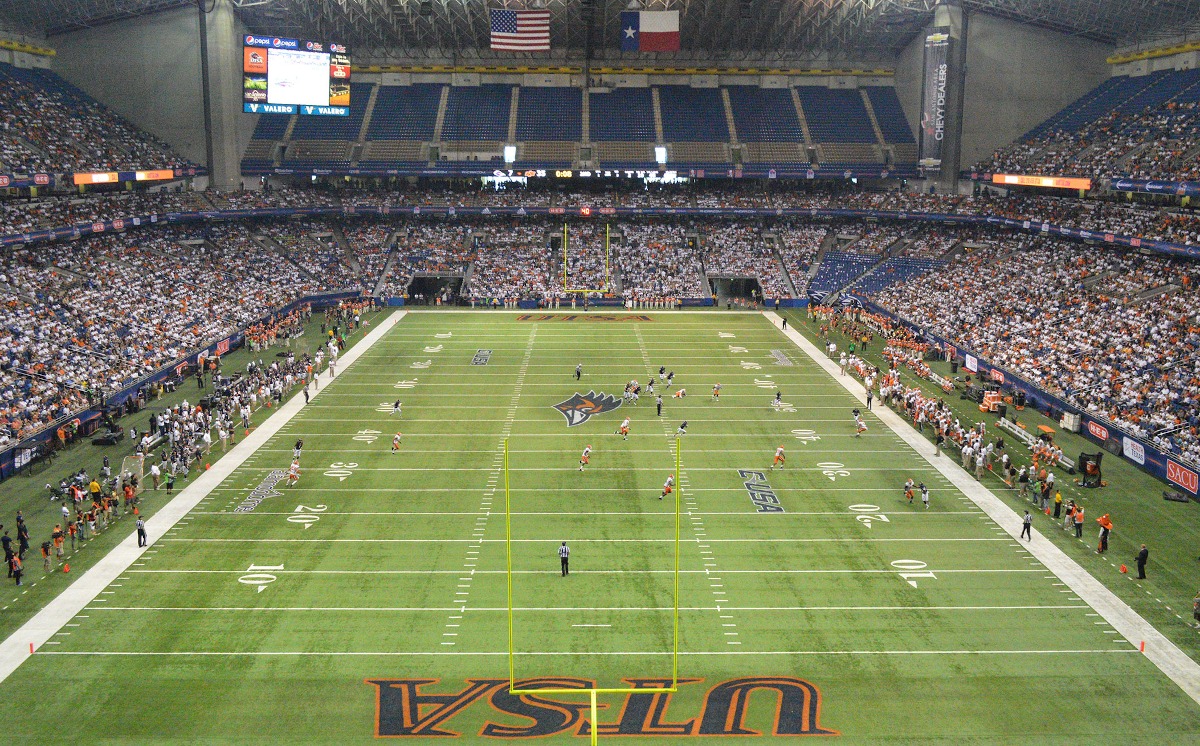 The Alamodome is a 64,000 seat multi-purpose stadium located in southeast downtown San Antonio Texas. It opened on May 15, 1993, after a $186 million construction project. The stadium was designed to increase the city’s convention traffic and with the hopes of attracting a professional football franchise. It was also designed to answer the San Antonio Spurs’ demands for a larger arena to play.

The facility was designed to be massive and fit the spirit of Texas with a large 5-level design that could seat up to 64,000 spectators for a typical football game, with possible expansion for up to 72,000 total. The design was also made to offer easy conversion from football arrangements to basketball or hockey arenas.

The conversation was brilliantly designed so that conversion would only take 12-18 hours, which included setting up retractable seating and installing the playing surface. In these configurations, only the lower two levels at one or both ends of the venue are used for a total of around 20,662 – 39,500 seats. The stadium also has formations for smaller auditorium space (known as “Illusions Theatre”), which includes intimate and enclosed settings for up to 11,000 patrons using floor space and the North Grandstand.

The Alamodome wasn’t just built for easy modding into different arrangements as it is still a world-class arena that includes 38 luxury suites and 6,000 club-level seats. The original design called for 66 luxury suites, but since the arena only had one resident team at the time of construction, the 38 luxury suites were all that were built.

You can see the footprints for the planned unbuilt luxury suites just behind the club level seats surrounding the south end of the facility. Later, in 2006, the Alamodome underwent an expansion to accommodate 14 new luxury suites to add to the Sports Club and the Top of the Dome restaurants that were added two years before.

Following the 2006 expansion, the Alamodome went through several later updates and renovations, including the 2008 audio system upgrade, the 2011 theatre style “Illusions Theatre” configuration, and the 2016 $50 million upgrades to keep the venue competitive for NCAA events that included new media centers, upgraded locker rooms, and 4 new video screens among other additions.

The Alamodome remains one of the most popular venues in San Antonio for these reasons, and more.

See below for more information on the Alamodome Arena:

Alamodome Parking:
Find out more about parking at the Alamodome.